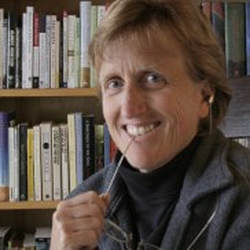 The Far Side Home School, Leavenworth, WA:  1994-1996.
Teacher & Curriculum Creator: Conceived and launched a private elementary curriculum for a private family, focusing on interactive-based learning by creating hands-on projects to augment the basics of Reading, ‘Riting’, and ‘Rithmetic.’

Classical Musician
Over the many years of flute playing, I have found myself in a variety of venues including the Church (following Bach’s tradition), Leavenworth Summer Theater, Faith Lutheran Concerts, Christmas concerts and parties, gallery openings, greenhouse galas, New Haven Music School recitals … in a variety of combinations: woodwind quintet; flute quartet; flute, oboe, viola trio; flute duet; solo; orchestra. I also find myself in a musical ministry to the dying, playing while last breaths leave the body.

Naturalist
Since being a granite-boulder-climbing New England kid, I have passionately given myself to the woods, trying to create awareness of the sacred interconnectedness of all living things…even the mosquito… by taking kids on nature journaling hikes, creature-watches, haiku writes; by reestablishing the Earth Ministry Group at church; by saving a tree or two from getting chopped; by raising questions about chemicals in our food supply; by raising questions about inappropriate development in wilderness.

Pied-Piper
I revel in being a goofy auntie, an eccentric teacher, a focused mentor, a big-eared friend to the many children in my life who seem to follow me around giggling, soaking in wonder, learning about learning, wallowing in creation. I love it. They love it.

Traveler
I possess a passion for the language, the people, the food and the aesthetics of Japan, returning every so often for a reconnection. To travel abroad enriches the spirit, broadens the view, and deepens the understanding of cultures other than ‘us’. I am committed to the continuation of foreign adventures in my life beyond my past explorations of Asia and Europe.  (2009 – Japan & Uruguay, 2011 – Latvia)